Edit Videos Faster Than Ever With Adobe Project Rush

YouTubers and Instagram aficionados rejoice! For last week Adobe announced Project Rush, an all-in-one editing app that can be used anywhere, anytime, on any device. And yes, that includes your smartphone!

Project Rush has been carefully crafted with the needs of the social media user in mind. Not only will it allow users to record and edit on the same device, it will automatically sync all of your edits to the Cloud, freeing you up to work from any location and never have to worry about backing that baby up. 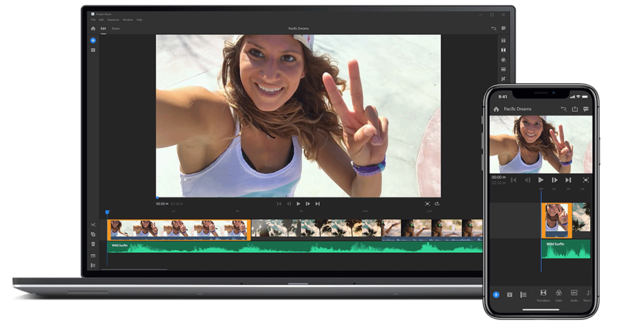 But the fun doesn’t stop there! Once you’re done editing your next mini masterpiece, you’ll be greeted with a slew of social media export destinations that will automatically adapt your video to the unique parameters of the platform to which you’re about to post. Pretty awesome right? For anyone whose job it is to churn multiple videos per week, Project Rush is going to be a Godsend on steroids!

Naturally, being a cross-device NLE, Project Rush won’t pack the same punch as Adobe’s professional apps. Nor is it meant to. Anyone that’s worried about Project Rush marking the first of many steps towards a more beginner-focused mission at Adobe can rest assured that the creative powerhouse will always prioritize its professional user base.

With Project Rush, we’re simply seeing Adobe broaden its pool by plucking a few key features from its top-drawer apps and incorporating them into one very easy-to-use platform for content creators on-the-go. 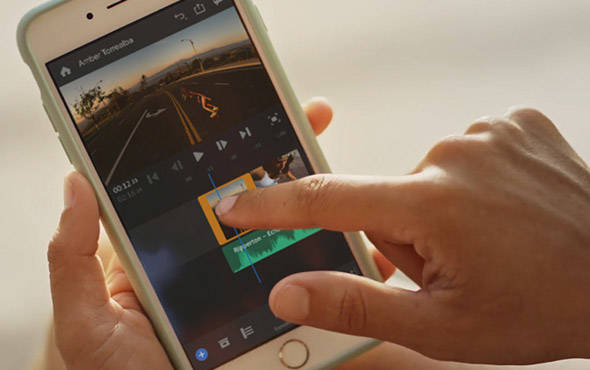 As for which bells and whistles will make the leap across to Project Rush, so far we know that CC’s audio and color editing tools have made the cut and that users will also be be able to incorporate Motion Graphics templates and Adobe Stock footage. We also know that Project Rush will be much more intuitive than Adobe’s other apps, such that newbie editors will be able to learn their way around the interface from just one 3-minute tutorial.

As for what we don’t know, Adobe is still keeping mom on the release date (though we know it’s going to be sometime later this year) and the price. But for anyone wants to give this game-changing piece of technology a whirl before anyone else and for free, you could always try your luck by applying to Adobe’s Project Rush beta program. Those interested can put their name down here.

Meanwhile, for the rest of us, it’s time to get our wait on!