Although you may not realize it, you're being inundated with intros all the time. You see them in articles, watch them in TV shows, hear them in podcasts….heck, you’re even reading an intro right now. And there’s a good reason for this. Intros are important, they’re useful, they help set things up in a nice clear, orderly way.

So it begs the questions, why wouldn’t you include one in your youtube videos? We’re not saying you need to have some crazy-long, super fancy prelude. But at a minimum, you should have a lil somethin somethin to show your viewers whassup.

For a lot of people however, the process of creating a video intro seems pointless, too difficult, or a combo of the two.

Well, we’re gonna quash both those theories right here, right now, starting with this first question: Are YouTube video intros worth it?

Yep! As it turns out, they’re massively worth it. 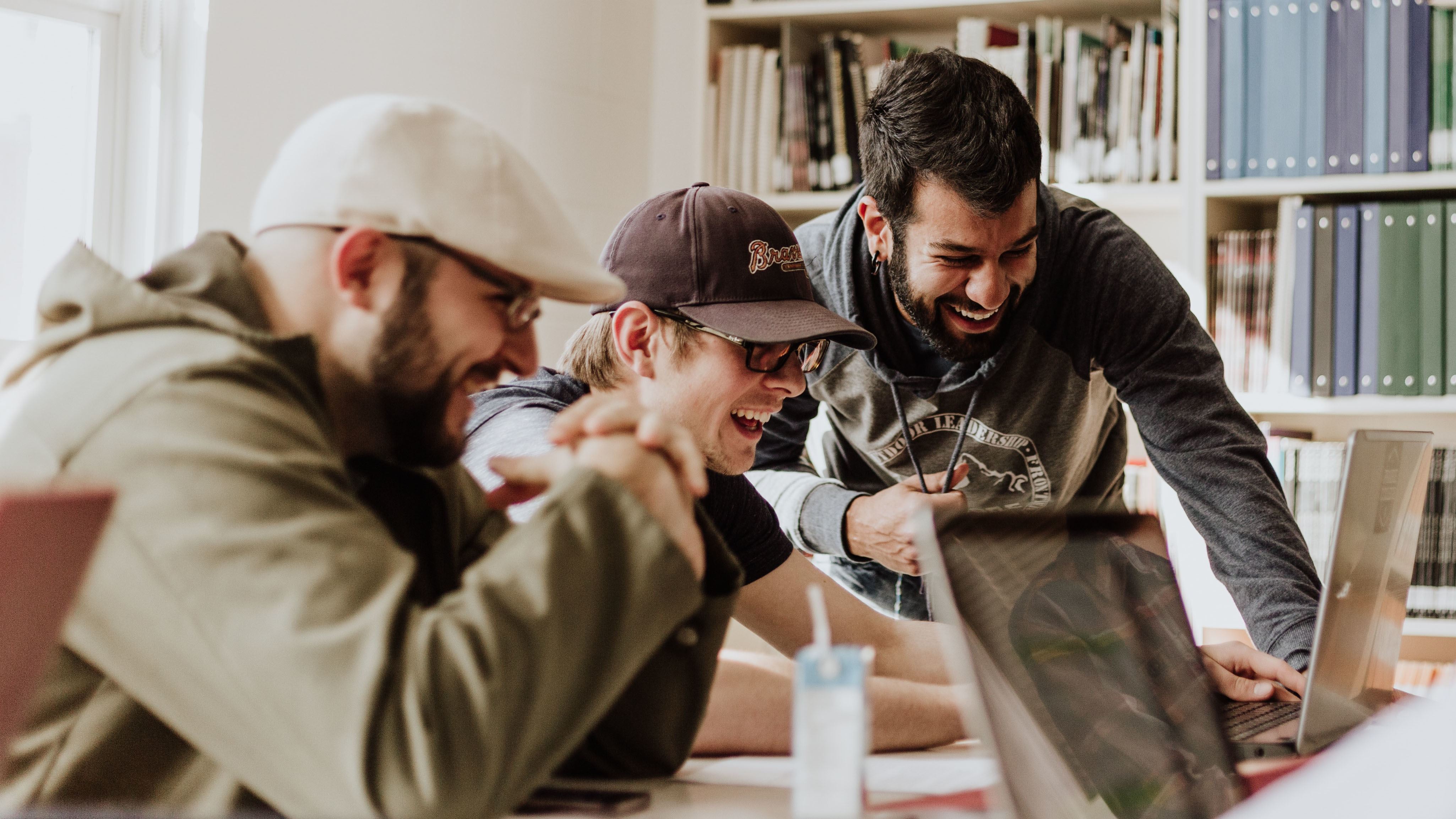 The first 7-10 seconds of a video are always the most critical. It’s when the viewer decides whether or not they’re going to forge ahead with watching your video or shut that sh*t down. And an impressive, interest-piquing intro is one of the best ways to ensure they do the former.

This is because intros help give viewers an idea of what kind content is coming their way. Is it going to be informative? Funny? Relevant to their interests? More importantly, an intro can achieve all of this within just a few seconds.

On the other hand, videos that open cold take a lot longer to set the tone and get to the point which, in turn, loses viewers. If this was back in the day when videos were ranked purely on their number of views, it mightn’t be so bad. But nowadays, YouTube uses an algorithm that prioritizes videos by their watch time, meaning the sooner your viewers bounce, the lower your rankings will be. 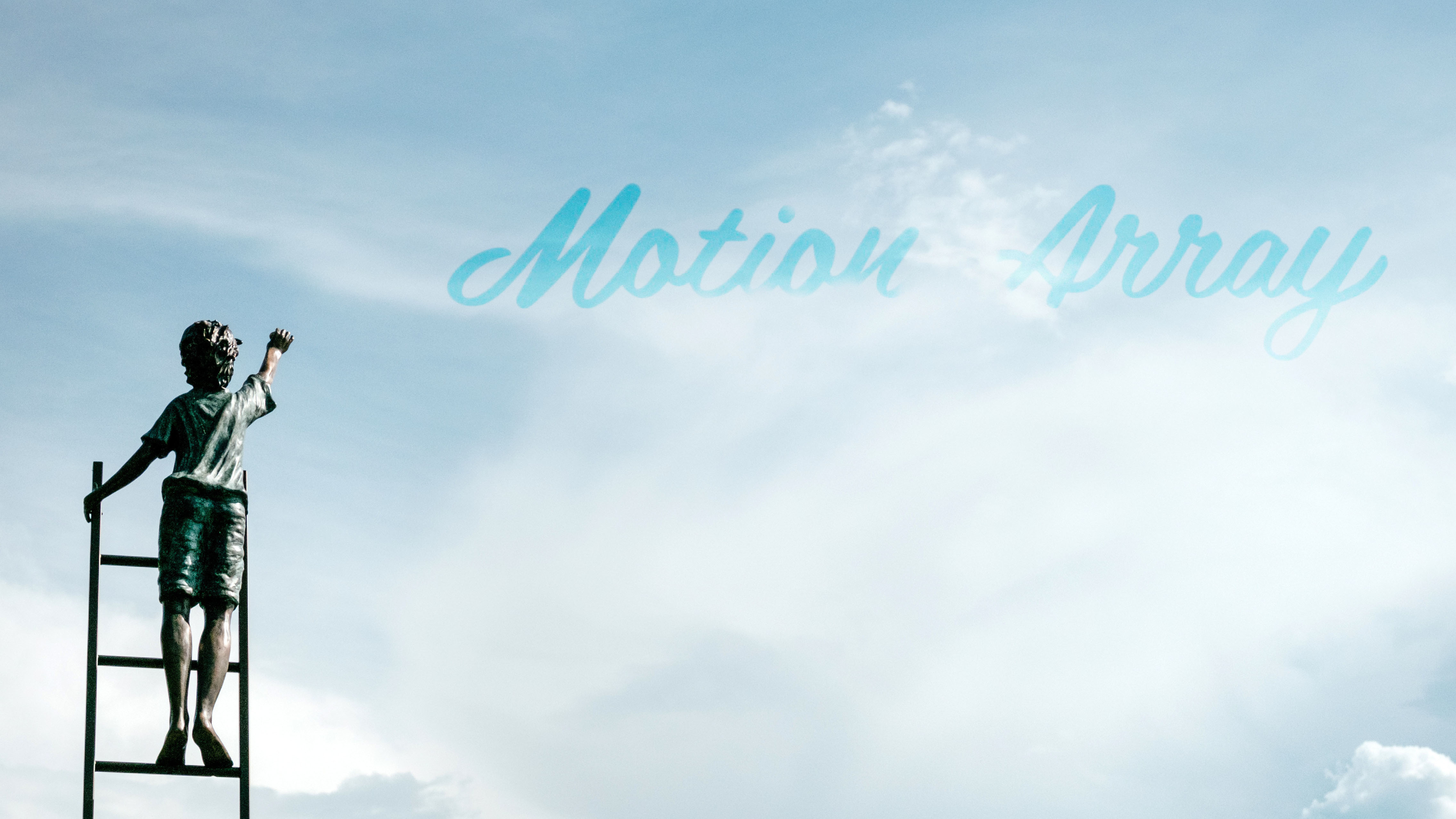 Including an intro with your video is not only an excellent way to get your brand right up in your audience’s face, it’s also a good tactic for boosting brand recall. When viewers see your intro on an ongoing and consistent basis, they begin to develop particular associations with it and, as a result, will be more inclined to remember it.

Take this TED Talks intro for example. It begins with a drop of water that explodes into a galaxy of interconnected stars designed to represent the brand’s central dogma, that being the spreading of ideas. This is followed by the TED Talks logo and brand slogan: Ideas Worth Spreading.

Now, even though you might not be a die hard TED Talks fan, watching this this intro, or perhaps even just hearing it’s accompanying sound FX, will be probably be enough to conjure up images of intellectuals standing on stage espousing ideas about technology, health, sustainability, whatever. From a brand-awareness perspective, this is very powerful. And with a strong intro of your own, you might just be able to achieve the same thing.

Give Your Channel Cred 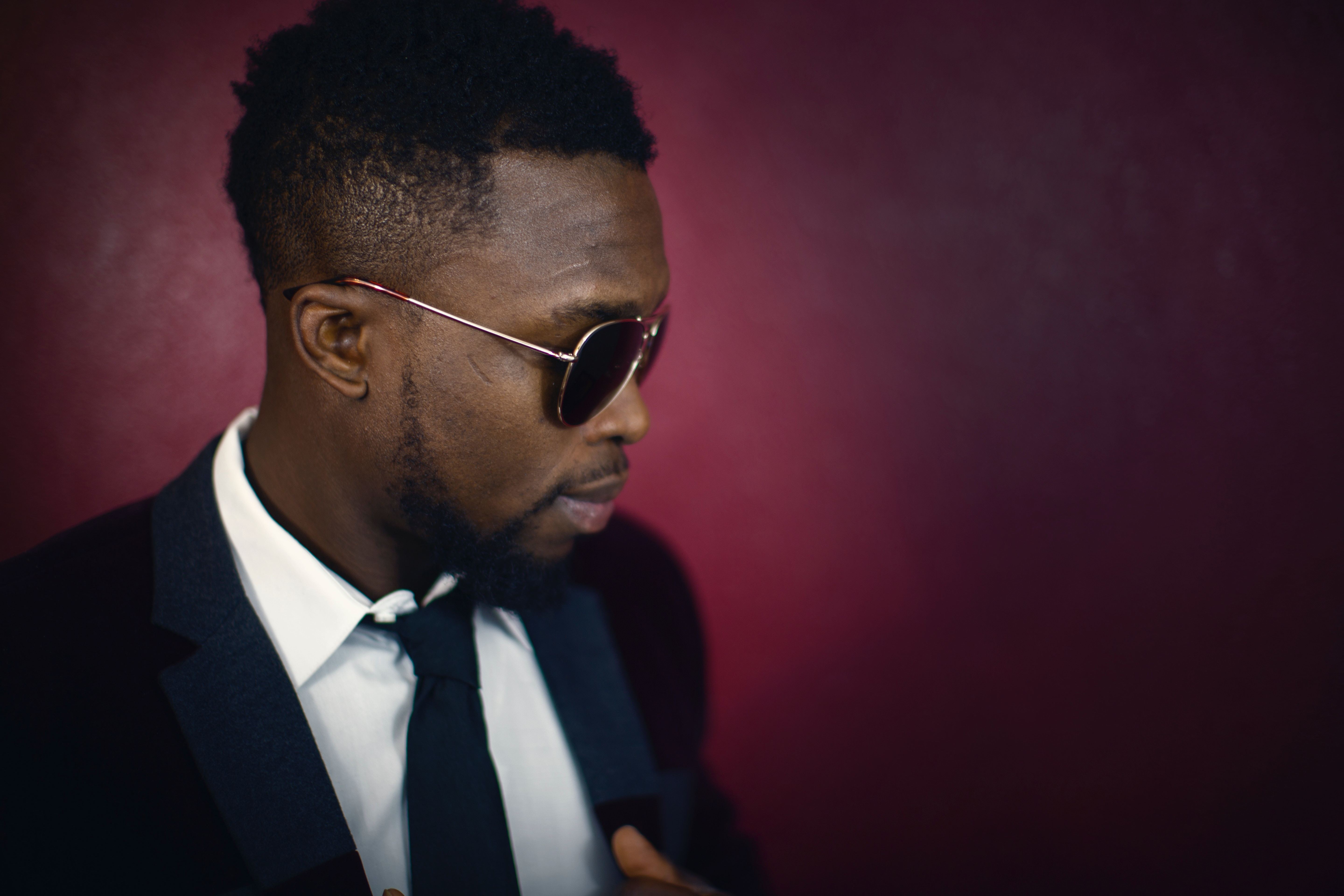 There’s no two ways about it: intros containing swanky animation or motion graphics are easy on the eye. They look good, and when you incorporate them in your videos, they make you look good too.

More specifically, a well-crafted intro gives your channel an air of professionalism and signals to viewers that you, as content creator, have your shizzle together. Much in the same way a chef’s big fat jelly-belly reassures diners that he knows his way around a kitchen.

Long story short, if you want your channel be taken seriously, then you need to...*sassy finger snap*...get with the program and get yourself an intro. 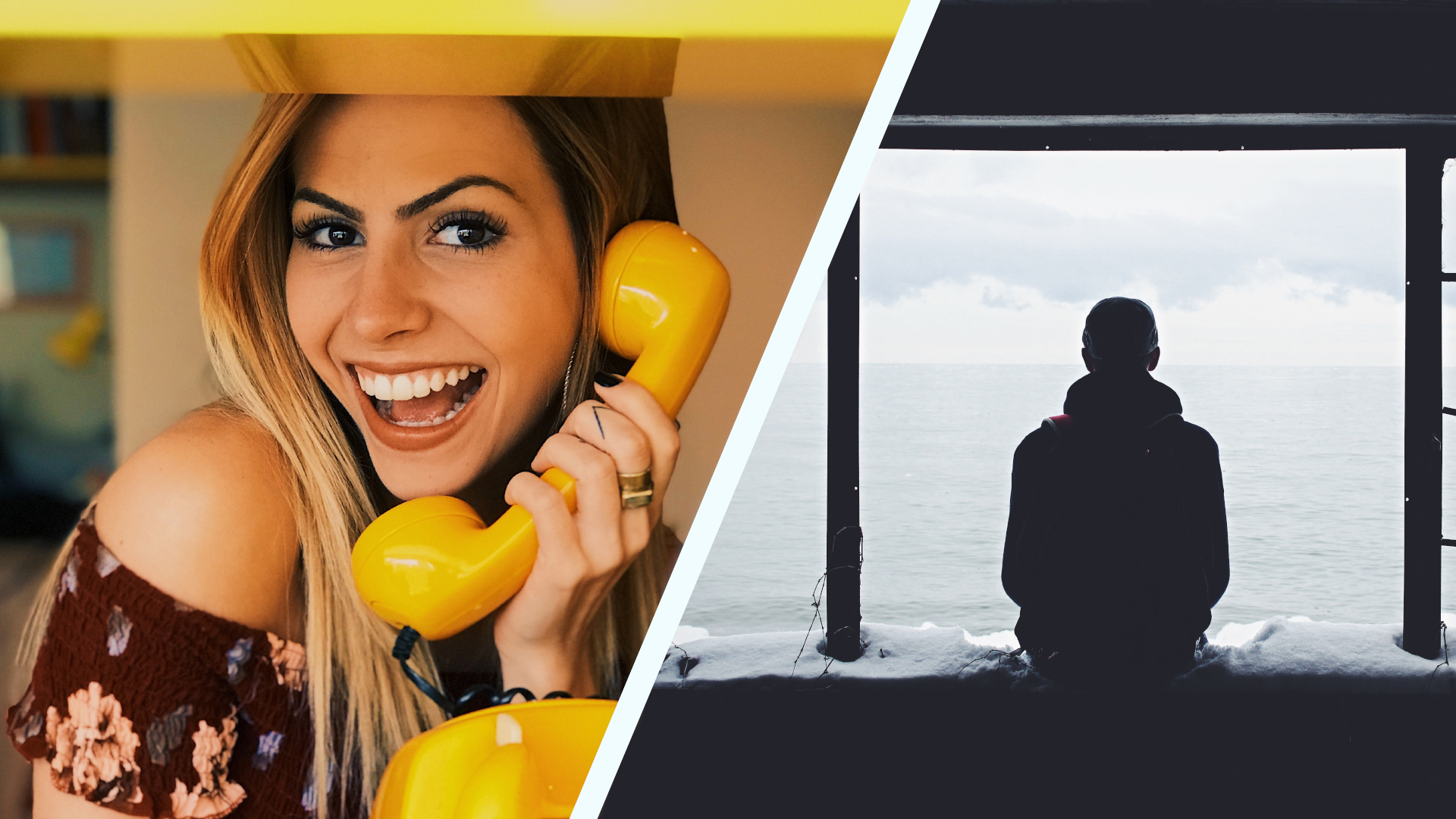 We touched on this above but it cannot be stated enough. Intros are absolutely essential to setting the tone of your video. Before committing to a video, people want to have some idea of what they’re getting themselves into. For example, if I’m going to be hit with some super loud, high-adrenaline content, I’d like a little heads up about that first. This intro by Dude Perfect does that, well, perfectly.

Likewise, this laid back opener by makoccino does a great job of telling me that the content I’m about to see is going to be smoothly-paced, super chill, and won’t require me to dial down the volume of my speakers.

Alright, now that we’ve metaphysically proven that video intros are 100% worth it, let’s address our next question: Are YouTube intros hard to make?

The answer to this is a big fat NOPE! In fact, when you’re done reading this article you could probably go whip one together in less than ten minutes. All you need to is... 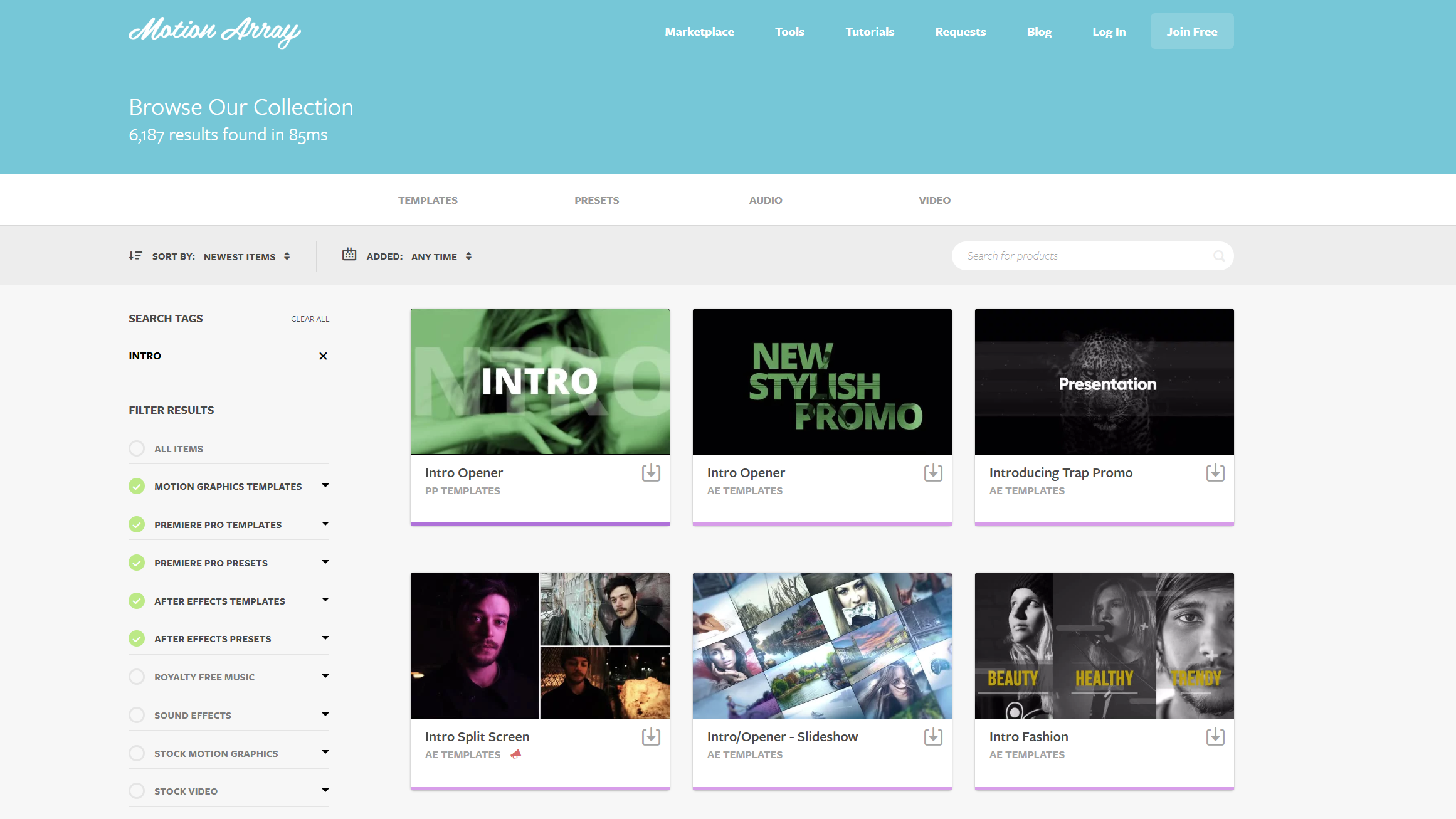 The internet is teeming with video intro templates designed to suit every conceivable genre or purpose. At Motion Array, for example, we’ve got templates for fitness videos, wedding videos, fashion videos, travel videos—we even have templates for nerdalicious Game of Thrones subplot theory videos….if like, that’s what you’re into or whatever.

Next thing you’re going to do is customize that puppy. Neither you nor your viewers want to see your videos adorned with some generic opener that doesn’t properly represent you or your brand. Which is why all premade intro templates (or the decent ones at least) come fully customizable to include your very own logo, titles, photos, graphics, and more.

NOTE: During the customization process, bear in mind that the optimal time for an intro is 1-5 seconds. If yours is any longer than that, you might want to think about giving it the ol’ snip snip.

Drag And Drop Your Into

Once you’ve selected, downloaded, and customized your intro template, it’ll be yours to keep into and infinity and beyond. All that’s left to do is use it! Which you can easily do by dragging and dropping your intro into the timeline of your videos during the editing process. See? Easy. As. Pie.

NOTE: In terms of the timing of your intro, one technique that’s getting a lot of love right now is having the intro appear several seconds into a video. Instead of opening your video with the intro itself, you open with a quick teaser from the video, before jumping to your intro, then jumping back to your video. For anyone who has literally no idea what I’m talking about, please see the following three examples:

Will You Help Me End Violence?

The Doctor Shortage in the US: Is It a Real Thing?

If you go down the premade template route and can’t find anything that truly encapsulates you or your YouTube channel, then you always have the option of making an entirely original intro with the help of a composition application like Adobe After Effects.

“Woah! Wait up. That sounds like way too much work,” I hear you say. Okay, well in that case, you could consider outsourcing the job to someone via an online freelance marketplace like Upwork. There you’ll find tons of designers who can whip something up for a price tag of $100 or so.

But, if the cheapest and easiest option you’re after, then we seriously recommend perusing one of the many online marketplaces offering up free or cheap intro templates until you find one that works for you!