Talent & Location Releases: When & What Do You Need?

Picture this, you just had the best video shoot ever. You hired the perfect actress to play a part in your commercial. She was a natural in every way. The setting was outdoors on a perfect day, and you got exactly what you needed. You have two days to edit everything together and deliver the spot to the client.

The day before it's due, you get a call from the talent who says they no longer want to be a part of the commercial. And you never got them to sign the proper release. Guess what? You are in big trouble.

Or maybe, you shoot a scene on a restaurant patio. The restaurant manager said it was okay, but you forgot to get a location release, and the owner tells you after the fact, that they don't want you to use the footage. If you had the proper release, you wouldn't be looking for a new location to reshoot.

It may seem like when someone says they are in, then everything will be fine. But without the proper legal documents, you have no power when it comes to release and usage. And you won't realize what a headache it can be until it happens to you.

Getting proper talent and location releases signed by the right people is one of the most important and often overlooked aspects of any video or film shoot. So, don't let it slip through the cracks while you are busy working on shot composition or directing talent.


What is a talent release?

A talent release is a form signed by a person that you photograph or record video or audio of, giving you the right and permission to release the recording or image. It is a legal binding document that expresses that the person or "talent" understands that they are being recorded and that you will be releasing the recording.

Without a signed release, you run the risk of having the talent later recant their permission or suggest that they didn't know they were being recorded or approve of the recording. In a court setting, this can be a huge headache, but a signed legal release will eliminate their claim. 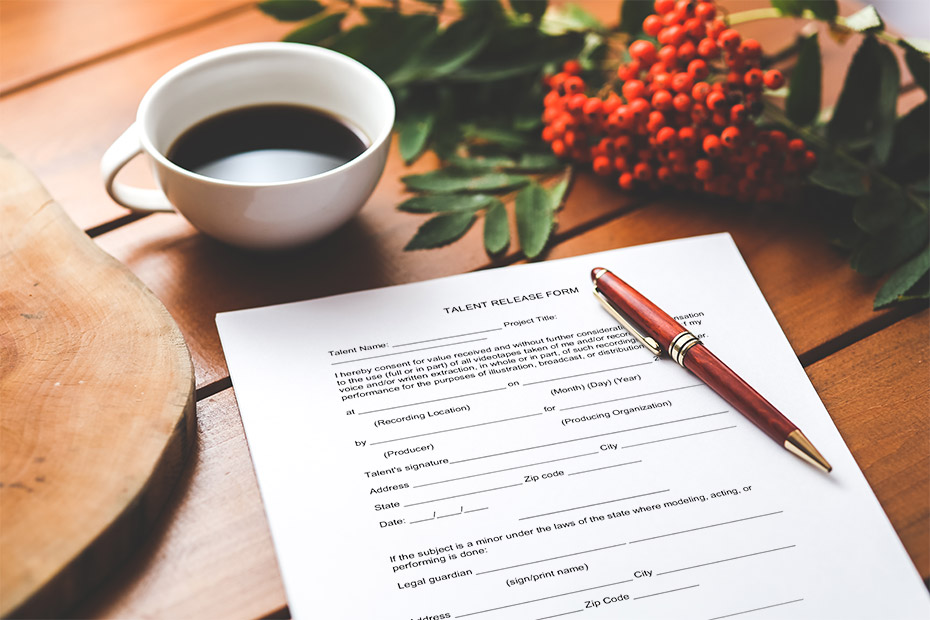 When do you need a talent release?

When photographing or recording video or audio of someone for entertainment, commercial or fictitious content like a movie or television show, you always need a signed talent release for anyone appearing as part of the content.

In some instances of news related or documentary purposes, like an interview, a release may not be required, if the person actively shows that they understand they are being recorded. But it doesn't hurt to ask for one to be safe. Having a signed talent release will always be better than not having one when it comes down to it.

In public settings, people in the background who are doing normal things, can be recorded without a release. For example, when recording a video on a public sidewalk where people are walking by, you are not required to get releases from the people walking by. However, if the person can expect a reasonable amount of privacy, for instance, in their office or house, you can not record them without a signed release.


Do restate, it is always better to obtain a release if you have any concerns over the legal ramifications of showing or hearing a person you are recording.


What is a location release?


When do you need a location release?

Shooting public or government property like public streets and public sidewalks, or government buildings do not generally require a location release. But be aware, that a permit may be required if your production causes any disruption to normal traffic flow of people or vehicles. If there is a large crew, a need for cleanup, security, or closing on streets or sidewalks, a permit will likely need to be obtained. Without a permit, you may get shut down in the middle of your shoot and not get what you need.

Shooting on public property where a private business sign is clearly visible to the public, will not generally require a location release from the business in much the same way as you don't need a talent release from someone walking down the street. 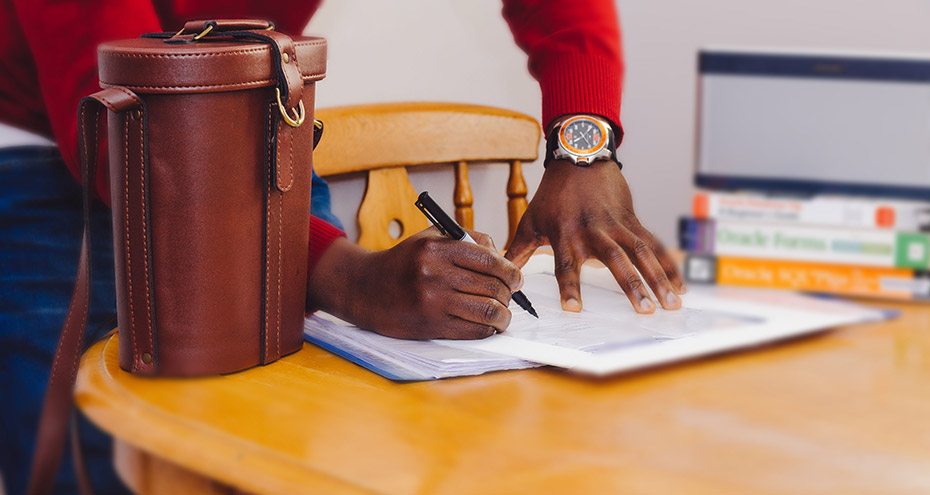 Just like with talent releases, if you have any questions, go ahead and get a signed release. With regards to property, also make sure that the right person is signing. A random employee may not have the legal right to give you permission for shooting or release. Make sure that the signer is the property owner or a legal representative of the property.


Where can I get release forms?

There are many resources online that have free talent and location release forms that you can download and change for your purposes. A basic Google search for "release forms" will give you plenty of options, like these forms from Tidyforms, or these forms provided by VideoUniversity.

Just make sure that the forms you use cover all of your legal needs. Compare various forms to see what each covers and consult a legal expert as needed for your specific purposes.

Make sure all forms are signed and dated, along with a printed signature of the signer for clarity.

Along with the online forms that can be downloaded and printed, there are several apps for mobile devices like Easy Release, which manages all of your release forms on your device and allows you to get digital signatures on the spot. This way, you don't have to remember to print forms ahead of time, and you can email and print the signed documents at your convenience.

There is no one perfect form for all talent and location releases, so spend the necessary time to find and customize the forms that work for you.


Remember that it is always better to have permission signed in a legal format than it is to have to beg for permission later. Err on the side of caution when working with talent and private property, and you will save yourself time and money down the line.